Biosecurity can sometimes seem like an abstract concept, but in practice it is one of your best defenses against introduction and/or spread of infectious diseases. Biosecurity can have a tremendous impact on animal health and the financial success of your operation.

Biosecurity is defined as the application of measures aimed to reduce the chance of introducing or spreading pathogens. The key concept in biosecurity is to avoid transmission of disease-causing pathogens, either between farms or within the farm. The goal is to prevent the agent from coming into contact with a susceptible animal (Figure 1). 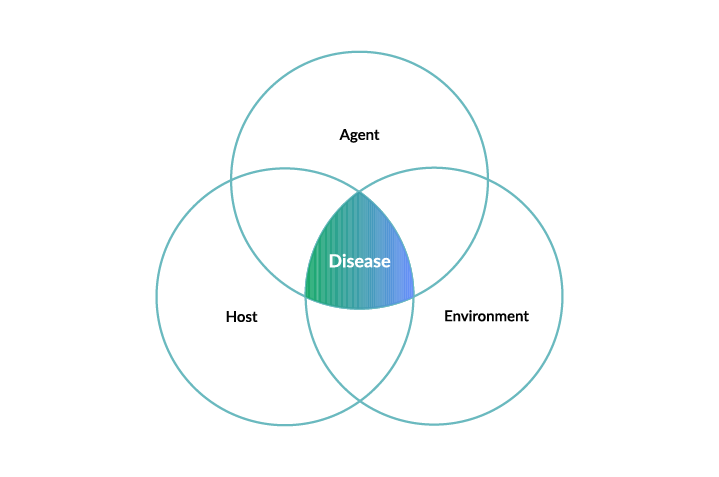 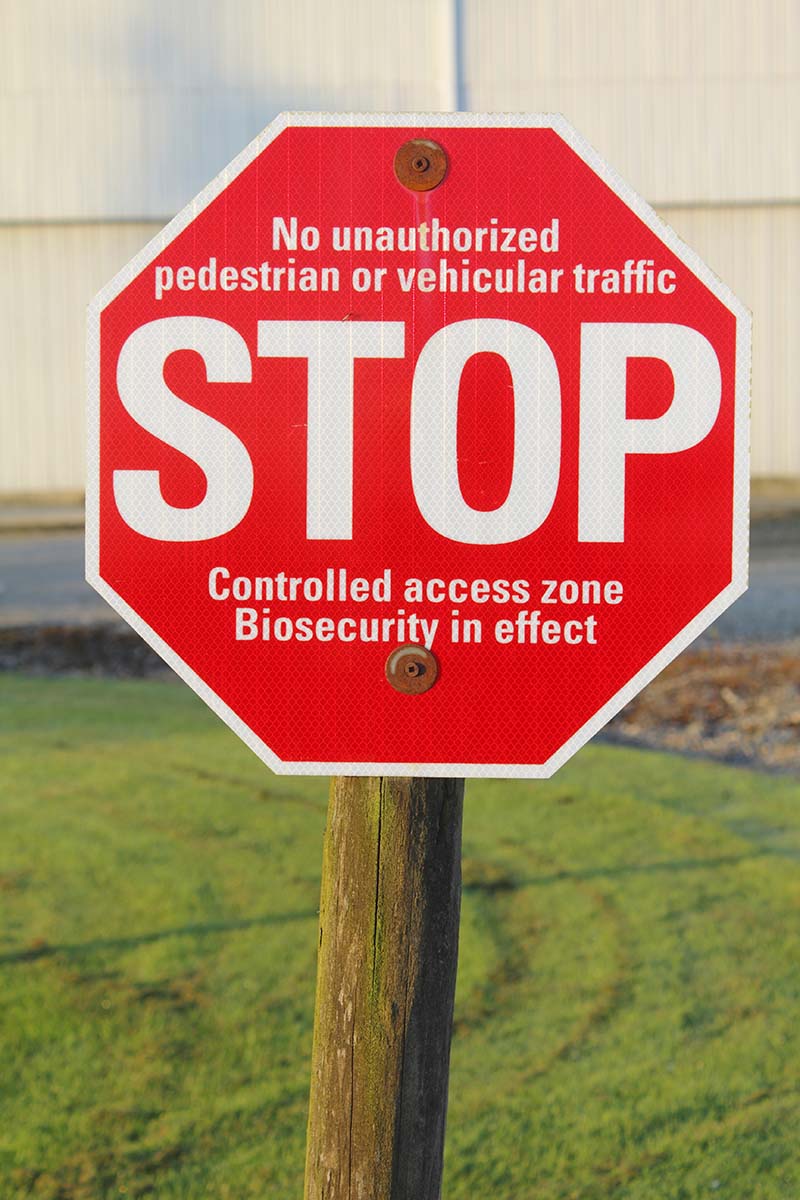 Biosecurity is critical to:

Biosecurity is important not only at the individual farm-level but also at a broader regional or national level.

Biosecurity is important for preventing the introduction of new disease on farms and reducing the impact of diseases that may currently exist on farms. New and emerging diseases on farms can lead to increased mortality, reduced animal welfare and productivity, and increased veterinary and labour costs.

Implementing biosecurity measures on farms helps to prevent the introduction of new pathogens, and can reduce or eliminate existing pathogens by limiting their spread.

The implementation of sound, and effective, biosecurity practices doesn’t always require a major investment. Simple changes in biosecurity management and planning can have a big impact on improved health and productivity for your farm. For example, a reduction in antimicrobial use can be attributed to reducing disease pressure and disease prevalence on a farm.

At a provincial or national level, good biosecurity along the value chain, and on individual farms is important to support the profitability and sustainability of the agriculture sector. Protecting Canadian exports from infection and disease is important for the health of humans and animals in other countries and for maintenance of robust trade. 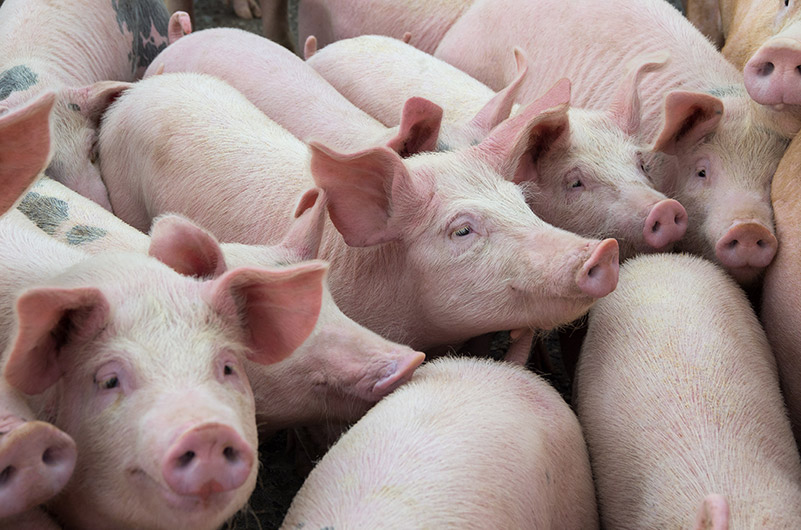 African Swine Fever (ASF) is a deadly virus in pigs that has had a huge impact on the global production of pork. The food security of various nations has been affected by significant   depopulation of pigs in many countries around the world8. ASF is a clear example of the devastating impact that disease can have on an international scale. As Canada is a major producer of pork, keeping this disease out of the country is critical. In addition to ensuring visitors to Canada are not bringing the virus with them, prevention of this disease from entering Canada’s pork industry also relies on excellent biosecurity practices on our own farms.

There are two major components to biosecurity:

The greatest risk of introducing new pathogens to a farm occurs when new animals are introduced (e.g. purchase of animals from different sources, bringing animals home from a show). Maintaining a closed herd/flock/unit (i.e. all replacements are internally generated) is recommended to reduce disease entry; however, this can be difficult to do for some industries.

Operations that require the purchase of new animals should take several critical steps to reduce their risk of introducing a new pathogen:

Visitors to farms (e.g. veterinarians, livestock advisors, inseminators, hoof-trimmers, feed suppliers) are also an important risk to consider for disease introduction. Not having farm gate biosecurity practices in place has been shown to increase the risk of contracting equine influenza3, several infectious diseases in dairy cattle4, and PRRSV in pigs5.

Only allowing essential visitors on your farm, and ensuring that they wear farm-specific protective clothing and footwear, can reduce the risk of disease introduction.

Only essential vehicles should have access to operations. To prevent introduction of new disease, farms can do the following:

The production flow of a facility can help control disease through separation of animals by age group, and enhanced cleaning and disinfection of the facility prior to introduction of new animals.

Using all-in/all-out systems will help to reduce the circulation of pathogens and has been shown to reduce disease exposure and antimicrobial use in some systems. Since older animals can be reservoirs for disease-causing pathogens, it is critical to establish a work routine where the youngest, and healthiest, animals are managed first before moving to older age groups, or groups with sick animals.

Biosecurity practices for different animal age groups may include designating specific equipment, clothing, and boots for each group (e.g. assigning different colors to each area of the farm that reflect different age groups of animals). Using a foot bath prior to entry into each age group area may also help to reduce microbial load, and acts as a reminder that biosecurity is important in this area.

One of the most basic, but critical, elements of biosecurity is cleaning and disinfecting areas where animals are housed, and areas of the farm that come into contact with animals (e.g. feeding equipment, high traffic areas, and areas used for different age classes).

In order for the process to be effective, it is critical to follow several keys steps:

Using this process, a reduction in several diseases, such as Streptococcus suis, has been noted.

Personnel working on the farm are responsible for implementing biosecurity practices. Farm staff are a key component of excellent internal biosecurity on farms. Therefore, it is critical that staff are trained in biosecurity principles and have a strong understanding of why specific measures are in place. 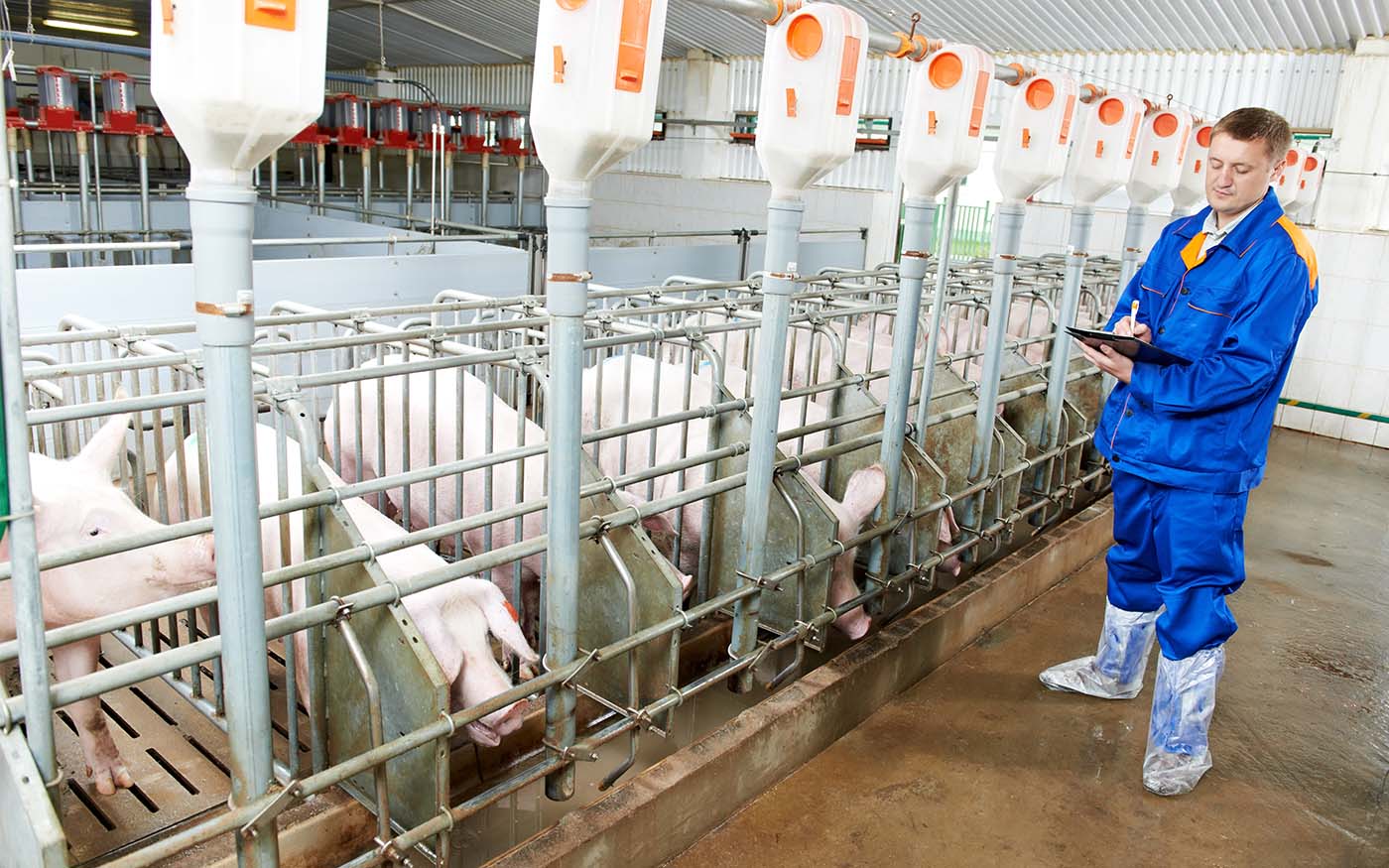 On-farm personnel can also carry diseases and spread pathogens around the facility. To prevent disease introduction, workers on livestock enterprises should be discouraged from working at other livestock enterprises, from keeping similar livestock, and from visiting other livestock units, animal markets, animal shows, and slaughterhouses. To prevent disease spread within the farm, the use of gloves, hand washing, cleaning coveralls and boots, and using footbaths, will reduce the risk of pathogen transmission from farm personnel.

Identifying Biosecurity Opportunities On Your Farm

Your veterinarian is well positioned, and a best resource to provide specific feedback on opportunities to improve your farm’s biosecurity practices.

Beyond your veterinarian, there are biosecurity components specific to each individual poultry and livestock industry that may be required as part of a quality assurance program. Specific examples are listed below.

Next Page | Section 2 | Biosecurity in the Beef Cow-Calf Industry