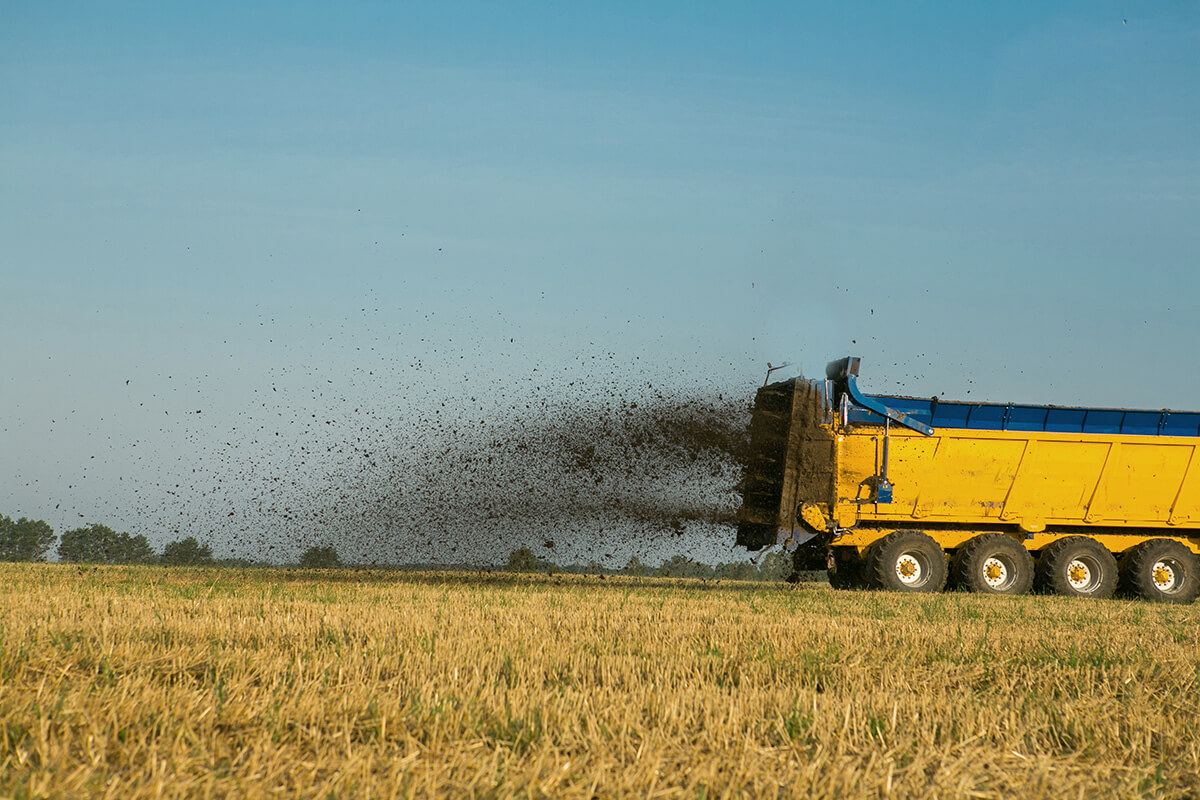 Feces or manure is commonly used as fertilizer to optimize the growth of crops in agriculture; however, this practice can lead to the dissemination of antimicrobial residues and antimicrobial resistant organisms throughout the environment. These residues can be found in surface water, soil, and crops, which leads to adverse ecological effects and the emergence of antimicrobial resistance. In fields that have had manure spread on them, antimicrobials, such as β-lactams (can survive for 5 days), tetracyclines, and sulfonamides (both survive up to 100 days)4, can select for resistant bacteria in soils and on crops. Specifically, ESBL-E. coli were detected in samples taken from previously fertilized fields within the past 6 weeks and in cultivated soil one year after liquid cow manure was applied.

Antimicrobials and antimicrobial resistant bacteria found in fields can be spread further into the environment through runoff (defined as any liquids that are not absorbed by the manure) into lakes, streams, and rivers as well as potentially leaching into groundwater. Therefore, it is critical to ensure that manure holding facilities are designed to minimize leaching. Additionally, when manure is applied to fields, it must be done in a manner to minimize run-off.

It is not only important to prevent antimicrobials and antimicrobial resistant bacteria from leaching into groundwater and running off into streams, rivers, and lakes, but it is also important to reduce nitrogen and phosphorus from entering water systems as well.

The following are some recommendations to manage manure and reduce the amount of pollutants that could leave the farm or fields:

When leaching and runoff are prevented, most antimicrobials in the environment are eventually degraded and/or absorbed and retained in soil and clay particles5, ultimately reducing the impact that antimicrobials could have in the broader environment.